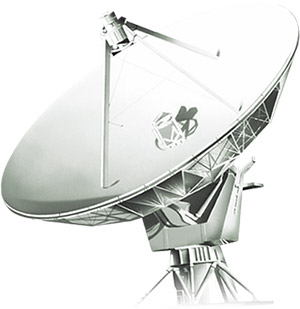 High Gain Pty Ltd is a Service based company formed in October 2002 through the shared desire of its founding directors to provide high quality technical services to the Broadcast and Telecommunications industries.

High Gain’s vision is to fill a growing space being left in the industry in Australia and Worldwide, where a small, Specialist Company, possessing high standards and expertise can work with Broadcasters, Manufacturers, Telecommunication Providers and associated service companies to provide high quality, low fuss services to the mutual benefit of all parties. Producing a high gain for all is the essential theme behind the company name.

High Gain is specifically interested in the fields of Broadcasting (transmission and studios) and Telecommunications (Transmission and Access technologies) and aims to remain a small company with a solid base, promising its clients a reliable service of the highest quality. While being proudly Australian owned and based, High Gain is actively seeking global opportunities.

High Gain enjoys a strategic relationship with other service based organisations of a complementary nature, thereby, creating a flexible and mutually beneficial affiliation that can satisfy varying client requirements through a single point of contact. These Include, Rigging contractors, Plumbing specialists and Building Contractors. High Gain has developed ongoing commercial relationships with a number of Australian and Overseas base organisations to assist in the implementation of Major projects.

David James Camilleri (b. 1964) obtained a solid grounding in communications electronics through his six years of training and service as a Radio Technician with the Royal Australian Air Force. He expanded and developed these skills through working for several years within the television industry, with marine electronics and communications systems.

David gained his first introduction to broadcasting while working as a technician at TCN 9 in Sydney. This provided opportunity to be involved in the full range of television studio facility installations from design through to commissioning and Outside broadcast.It was when he took on the role of a Site Supervisor, then Project Manager with Comsyst Pty Ltd that he began to develop his most valuable assets: as a thorough organiser with a remarkable aptitude for understanding and integrating diverse technologies.

David has worked in this capacity within several companies, running projects across a range of technologies. These include digital and analogue television broadcasting, a national F.M. radio broadcasting rollout including satellite network program delivery, MMDS Pay TV transmission systems, satellite earth station facilities, microwave links and, at Macrocom, as national Point of presence (POP)/Point of interface (POI) rollout manager utilising Microwave, ATM and DSLAM technologies. Prior to the instigation of HIGH GAIN, David’ s most recent role, as a Senior Project Manager at BSA, has seen him also consolidate his talents in total resource allocation and cost analysis, making him a true all-rounder.

David has a passion for the great outdoors and for adventure sports. He lives on the Central Coast of NSW with his wife, two children and an ever-increasing menagerie. He hopes one day to finish building their family home.

Reece has grown up with the company, starting his electrical Apprenticeship back in 2008. originally do his theory training with TAFE NSW, he eventually switched to Careers Australia to complete his capstone and final Modules as block release due to the heavy away time that employees of High Gain suffer.

In the early days, during his Apprenticeship, when Reece was not  involved with his electrical studies, he undertook additional curricular to advance his understanding and become more Qualified in the the Realm in which the company operates. Most Notably undertaking his Master cablers licence with additional courses in Fibre splicing and becoming a Master Krone cabler.

Since starting with HIGH GAIN, Reece has been involved with varied broadcast associated projects including the installation works for Broadcast Australia with the nation wide rollout of the Parliamentary News Network, the ABC and SBS DTV installations across the country, Restack with UGL where he played a pivotal roll in one of the Installation teams. He was a team leader/Installation supervisor on the On Air Solutions/Logitek and the ABC Regional Radio Studio Upgrades where Reece also conducted the preliminary testing of the equipment once installed to determine if there was any immediate issues with the studio desks and mixers.

Reece’s strengths as a Supervisor and site manager lie in his attention to detail and his diverse skills garnered through his years working in industry and understanding the Customers Goals.

Reece is a valued member of the High Gain team and hopes one day to supplant his old man!